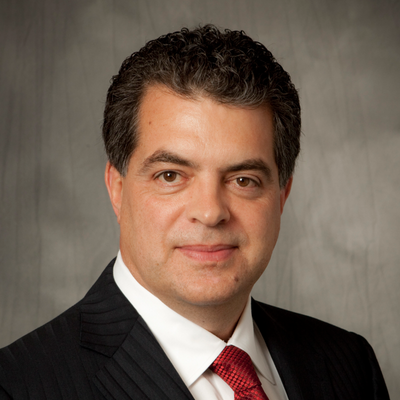 Randy Martinez has an exceptional track record of leadership in billion-dollar public corporations in aviation, aerospace and defense. A vision-driven executive, he has remarkable strengths in leading the creation of new strategies, producing unprecedented financial success and driving operational excellence. Among many noteworthy achievements, he has led multimillion-dollar revenue and profit growth, significant turnarounds and has a successful track record in strategic acquisitions as well as organic profit and loss growth.

Randy has served on several public-company boards of directors and currently sits on the Board of MTS Systems Corporation (NASDAQ) where he is a member of both the Audit and Compensation Committees. For AAR Corp. (NYSE), a $1.8 billion+ provider of aviation services for the aerospace and defense sectors with 5,000+ employees in 60+ locations across 20 countries, Martinez served in several leadership roles, most notably President and CEO of the AAR Airlift Group and group vice president of Aviation Services. Additionally, he held the position of corporate vice president of strategy and business development and group vice president of government and defense services. Prior to AAR, Randy served as CEO and board member of World Air Holdings, Inc. (NASDAQ), a $1 billion global organization with more than 2,200 employees and wholly-owned subsidiaries including World Airways, North American Airlines and World Risk Solutions (sold in 2007). The company’s largest customer was the Department of Defense.

Earlier in his career, Randy had a distinguished military career with the U.S. Air Force (colonel retired and command pilot), most recently serving as principal advisor to the chief of NATO’s strategic planning staff. He also served as senior aide-de-camp to the Chairman of the Joint Chiefs of Staff General Colin Powell, Commander - 457th Airlift Squadron at Andrews Air Force Base and Chief - Wing Standardization and Evaluation Division at Rhein Main Air Base. He is a combat-experienced pilot, highly-decorated and a three-time, below-the-zone promoted officer.

Randy earned a B.S. degree from the U.S. Air Force Academy and Master of Science degrees from the University of Arkansas and the National Defense University. In addition to his current service on the board of directors of MTS Systems, Randy serves on the Board of the National Defense Transportation Association. His prior service on boards of directors includes Global Aviation Holdings, World Air Holdings and Safe Ports. Randy was inducted into the Conquistadores del Cielo and Society of International Business Fellows in 2006. He is currently the chairman of the Military Aviation Advisory Committee of the National Defense Transportation Association and a Trustee of the Falcon Foundation for the Air Force Academy.