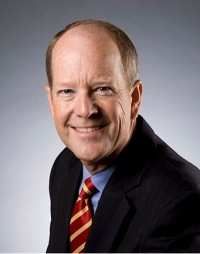 Shortly thereafter, he was invited to join Beechcraft as an Assistant Regional Manager franchising and supporting Beech dealers on the East Coast. He spent many long hours flying Beech light aircraft as well as the Bonanzas and Barons back and forth in his territory. It was during these travels that he met his future wife Becky, at an FBO, of course. In 1983, he was promoted to management at Beech assuming responsibility for Telemarketing and Customer Development.

In 1986, Randy elected to go experience “the front lines” of the business and went to work for Piedmont Aviation, a long-time Beech dealer. At Piedmont, he started as an aircraft salesman and quickly demonstrated his skills at building lasting customer relationships and within a year became its top performing salesman. In 1988, he was asked to become the manager of Piedmont’s rapidly growing used aircraft business. Randy grew this segment to become the largest producer of profitability to the sales department’s bottom line.

In 1992, Piedmont’s parent company, US Airways, made the decision to sell the general aviation business. Randy and several others on the management team poured their life savings into structuring a deal with several other private investors. That deal was consummated and Randy became a company officer and VP of Aircraft Sales. The company was highly leveraged making it critical that both the new and used aircraft sales business performed at the highest levels. Within a year under Randy’s direction, Piedmont became the top performing Beech dealer – a distinction that Piedmont held for an unprecedented nine straight years.

In 1998, the lead investors decided to sell their ownership in Piedmont to the Carlyle Group of Washington D.C. Randy elected to keep his ownership position in the company and soon was promoted to Senior Vice President. As SVP, Randy remained responsible for new and used aircraft sales, aircraft charter and management, as well as heading up Piedmont’s Maintenance, Repair, and Overhaul (MRO) business. The MRO business included a large aircraft repair facility, a leading propeller overhaul business, a landing gear overhaul shop, and an APU overhaul facility. During this period Randy was able to significantly shore up the profitability of the MRO business allowing it to be sold, while at the same time continuing solid growth in the aircraft sales business.

In 2003, Raytheon Aircraft was looking to establish two separately led business units, Beechcraft and Hawker. When a search was made to locate the individual who had the most knowledge and passion to become president of Beech, Randy’s name came up first and he landed the position shortly thereafter.

Randy arrived to a Beechcraft division that was struggling and mounting up heavy losses. He realized quickly that the best path to profitability was through careful cost containment but more importantly, through growing sales and reducing the practice of heavy discounting. He also knew that it was critical that the products be refreshed to be more appealing to the marketplace. Randy worked closely with engineering and supply chain to launch a series of product improvements to the Bonanza, Baron, C90B, B200, and Premier 1 products.

By 2004, the Beechcraft division transitioned to profitability after an $80 million dollar bottom line improvement. In 2005 and 2006 all of the planned product upgrades started to roll into the marketplace driving significant backlog and enhanced profitability for the business unit. All of these product improvements are still being leveraged by Beechcraft / Textron today.

In 2006, Randy assumed the position as President of Global Customer Support for Beechcraft and Hawker products. This provided an opportunity for Randy to broaden his experience in critical new areas such as parts inventory distribution and logistics, technical support, warranty administration, and the management of the Raytheon Aircraft Services FBO chain. Within one year the profitability of the aftermarket business made significant gains. In 2007, the Raytheon Company decided to sell Raytheon Aircraft Company to several private equity companies. It was at that time that Randy made the decision to venture out on his own.

He left the new Hawker Beechcraft with a reputation as an inspiring leader who made a tremendous contribution to the company.

In 2008, Randy created Groom Aviation LLC with the idea of helping other General Aviation companies chart a better course. For the next two years, he helped dozens of clients improve their bottom line, enhance their business or marketing strategy, and expand their understanding of the nuances of the General Aviation industry. One of these clients was Piper Aircraft.

Piper made a hard push to recruit Randy to help them reshape their sales, marketing, and customer support strategy. The business challenge and personal opportunity to relocate to sunny Florida ultimately won him over and he made the move. At Piper, Randy went right to work evaluating the strengths and weaknesses of the legendary company. He saw the opportunity to focus on a total re-launch of the jet program with numerous design changes. Additionally, he saw significant opportunity to strengthen and globalize the distribution organization. In 18 short months the company quickly transitioned from significant losses to profitability. He left the company at the time it elected to discontinue the jet program.

Following his resignation from Piper, Randy re-started Groom Aviation serving a wide variety of General Aviation OEM’s, Fixed Base Operations, industry suppliers, and private equity companies. During this time, he invited both of his daughters Elizabeth and Rebecca (also both pilots) to the business to bring fresh new talent to the company and to carry the Groom Aviation legacy forward.