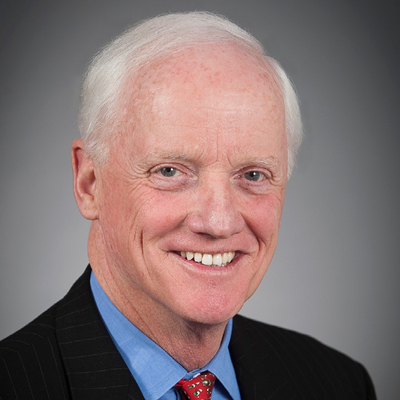 Frank Keating, former two-term governor of Oklahoma, is an attorney in the financial services team and focuses on the banking, financial services and insurance industries. He recently completed a five-year term as president and CEO of the American Bankers Association (ABA); from 2003 to 2011, he was president and CEO of the American Council of Life Insurers (ACLI).

During the Reagan Administration, Keating served as U.S. Attorney for the N.D. of Oklahoma, assistant secretary of the U.S. Treasury Department and as associate attorney general of the United States. Under President George H. W. Bush, Keating served as general counsel and acting deputy secretary of the Department of Housing and Urban Development with Secretary Jack Kemp. Prior to his service as the U.S. Attorney, Keating was an FBI agent.

Through his federal government service, as well as with the ABA, Mr. Keating has worked extensively on regulatory issues concerning lending practices, housing finance, securitization, enforcement and the Bank Secrecy Act.

As the governor of Oklahoma, Keating won national acclaim in 1995 for his compassionate and professional handling of the bombing of the Alfred P. Murrah federal building in Oklahoma City. His accomplishments as governor include winning a public vote on right-to-work, tort reform, tax cuts, major road building and education reform.

Keating serves as chair of the Bipartisan Policy Center and formerly served on the Center's Debt Reduction Task Force. He also served as president of the Federal City Council, on the board of the National Archives Foundation and as chair of the advisory board of George Washington's Mt. Vernon.